Of Birds and Bighorns 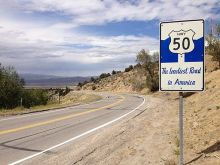 One of the nice things about the Carson area is that it so often flies under the radar. You mention Nevada to people from other states and they automatically think of Las Vegas. People who are more familiar with the Silver State might bring Reno to mind. Those who have traveled across Nevada on Interstate 80 might even remember Lovelock and Elko, Wells and Winnemucca. Motorists on Highway 50 might remember going through Carson City on their way to Lake Tahoe, but for the most part, unless it has something to do with the state legislature, we’re one of those hidden gems that the travel writers are always talking about. Photo at right, Wikimedia Commons, F A Martin. 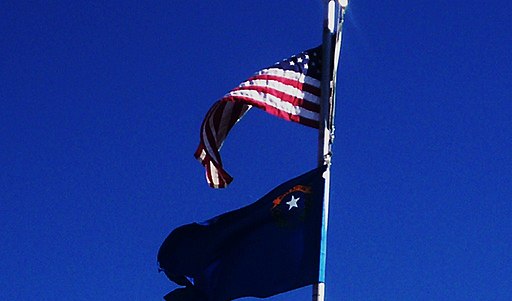 But Carson (city, river and valley) isn’t the only thing about Nevada that keeps kind of a low profile. If I were to ask you how many state emblems Nevada has, what would you say? Well, first off, you’d probably say, “Whaddaya talking about? Whaddaya mean, state emblem? What, like the state seal on the flag or something?” To which I would clarify, “Well, yeah, sorta.” The state website includes both the seal and the flag as Nevada State Emblems but also things like the state colors, the state song, the state animal, the state bird and on and on. It’s got nearly two dozen items on the list. And I’ve got to admit, even as much of a trivia enthusiast as I am (especially if it has to do with Nevada), a lot of these things just haven’t come to my attention before now. Photo at right: Wikimedia Commons, David Jolley. 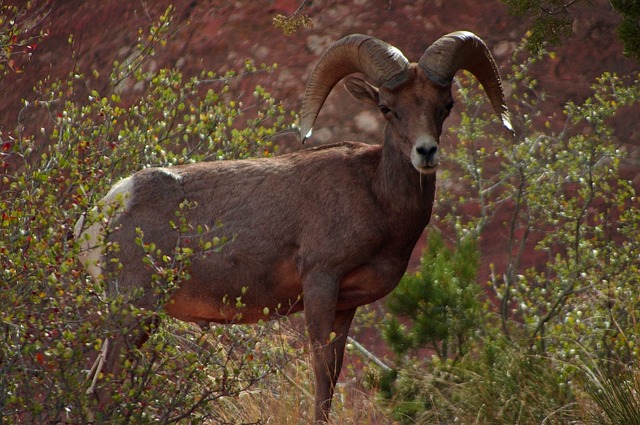 Take the state bird, for example. If push came to shove, I’d say that, yes, I imagine there is a Nevada State Bird. Because after all, there’s a state animal, right? The Desert Bighorn, it’s not too hard to recall, because it was on the license plates for nearly 20 years, the white and silver tags the state issued between 1983 and 2000, before the design was replaced with the sunset and mountains imagery. But the state bird? If I had to guess, I’d say the Steller’s Jay, because that is who’s usually hanging out in my yard scolding me most of the time. As it turns out, I’m sort of close, because the Jay and the real state bird do share the same color. Photo at left: Pixabay, Mike Goad. 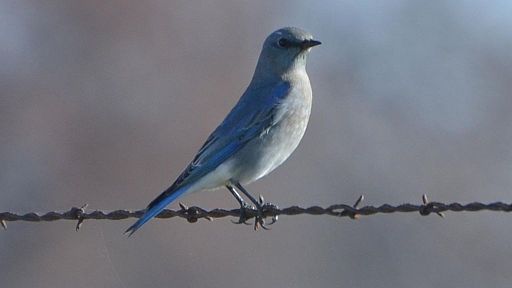 Yup, the Nevada State Bird is the Mountain Bluebird ... which kind of puts my nose out of joint because I have never, ever seen one. From the map, it looks as if we might be right on the edge between the bluebird’s summer range and the year-round range, so it seems as if there should be some good opportunities to spot one. The Nevada Department of Wildlife notes that they hang out in high elevations in the summer, from 5,000 to 12,000 feet, and then go down lower in the winter. They're closely related to the robin, and I DO see a lot of those in the yard. They like meadows, sagebrush, cottonwood and coniferous forests, and I’ve got plenty of sagebrush around. Miles of it in fact. So it still seems as if I should have run across this feathery little friend at some point by now. But, aha, this little bit here might be why I’ve been missing out on bluebirds: “… generally silent except at dawn with a song that is a soft warbling whistle.” I’m at a point in my life where I no longer have to milk cows or change irrigation pipe, so if the bluebird is a dawn bird, unless it’s pouring me a cup of my morning coffee, I’m not going to be paying it any attention. Photo at right: Wikimedia Commons, Andy Reago & Chrissy McClarran.

So that increases my knowledge by one, and the Mountain Bluebird joins the Desert Bighorn and the Ichthyosaur (Nevada’s state fossil) in my mental pantheon of Nevada State Emblems. Now if you’ll excuse me, I am off to check out the rest of the list; I just flat-out can’t wait to see what the Nevada State Tartan is.