A Century Ago in the Carson Area

I read an article the other day about Governor Sisolak chatting with a Carson Valley fellow on the occasion of his 100th birthday. (The 100th birthday of the Carson Valley man, that is. The governor may be a dead ringer for my grandpa on my dad’s side, but he’s a looong ways yet from the century mark.) It got me to pondering just what life was like here in the Carson region a hundred years ago. The 1800s get a lot of attention, what with statehood and the Civil War and the Comstock and all. But what was Carson like circa 1920? Photo at left: Pixabay, Matiss Dzelve. 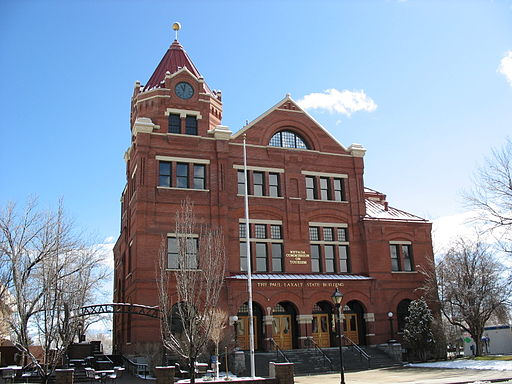 It so happens that the Western Nevada Historic Photo Collection has a shot of Carson in the Roaring ‘20s, and the Capital City looks straight out of It’s a Wonderful Life, pure 100% small-town Americana. The scene is Carson Street looking north toward Nine Hill, with big trees on the side of the road near the Mint (today’s Nevada State Museum). The shot is taken from just a bit south of the intersection of Carson and Proctor, and there’s Kitzmeyer Drugs on the west side of the street as well as a bakery. On the east side are a Western Union office and the Kit Carson Club. There’s also the Paul Laxalt Building, which at that time would have been the post office. The Lincoln Highway, known more recently as Highway 50, was constructed in 1913, and as far as I can tell included Carson Street as it passed through Carson City in 1920, but you can’t see that in the photo. It just appears to be a very wide main street with cars and farm trucks angle parked on either side of it. One of the other photos in the collection is of the same area in the 1930s, and the Chevy dealership has a new car advertised for sale for those rich enough to pay the price of a whopping $793. All in all, the photo collection has some five dozen pictures that were contributed by the late Fred Nietz, a longtime Carson community events coordinator, photographer and Nevada-history enthusiast. Photo at right: Wikimedia Commons. 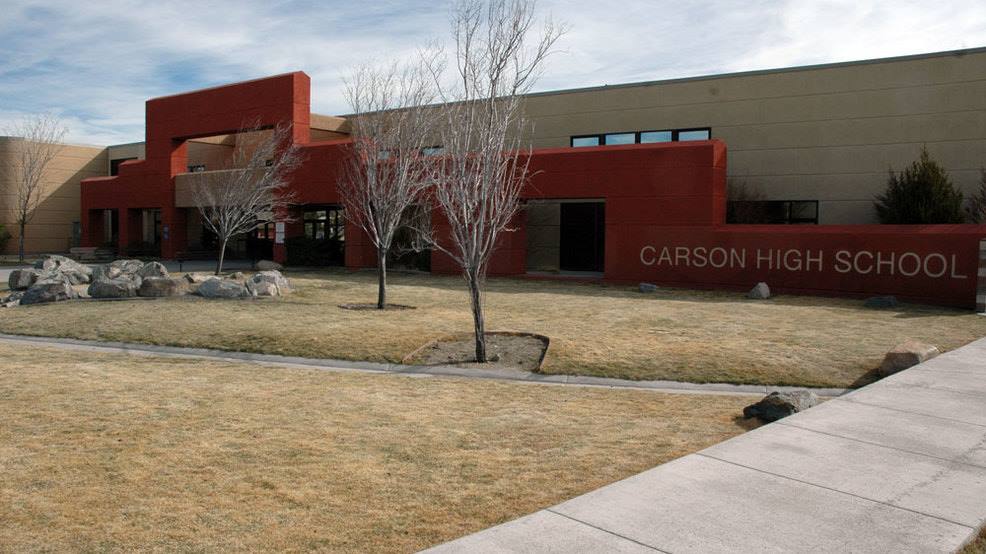 The collection also has a shot of the Carson High School boys basketball team from 1920, the same year that CHS, established in 1874, got its first gymnasium. There are seven strapping fellows decked out in their unpretentious jerseys, trunks and matching socks (I’m not absolutely sure, but those look like wool socks to me!) that reach up nearly past the knees. And the coach, with his bristle-top haircut, suit, vest, tie and high-starched collar looks as if he takes his job awfully seriously. (If you were a girl at Carson High in 1920 and wanted to play basketball, you’d best be advised not to hold your breath … CHS didn’t get a high school girls basketball team for nearly another six decades, in 1977, seven years after the school moved to its new, current location.) Photo at left: Facebook, Carson High School.

Upstream in the Carson Valley, by the time 1920 had rolled around, the town of Minden was already nearly 15 years old. It had originally been laid out on a grid, but once the subdivisions started in the ‘20s, some of that careful planning was left behind. And last year was the 110th annual Carson Valley Days celebration in Gardnerville, so the event was already a decade-old tradition in 1920. 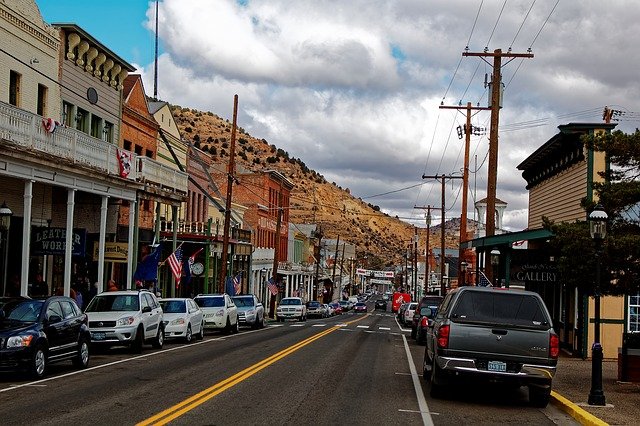 If the Carson Valley was seeing a growth in population at the time in question, Virginia City was experiencing a different trend. In the late 1800s, there were some 10,000 people up on the hill in the famous mining town, but that fell to about 3,000 in 1900, and down to less than a thousand in the 1920s. But at least Virginia City still exists; there was another community out that way in the 1920s known by some as Comstock City, by others as American City, located at American Flat. It grew up around the United Comstock Merger Cyanide Mill (cyanide was used in the process used to get the silver ore from the rocks), which was in operation for just a few years, from 1922 to 1926. If you ever spent any time in the area up toward Virginia City, you probably saw some of the remains of the operation. Whoops, let’s correct that; you probably saw the remains if you were there before 2014. That’s when the Bureau of Land Management decided to demolish everything that was left of it. Photo at right: Pixabay, SofieLayla Thal.

All of this only scratches the surface of Carson in the 1920s … and makes me wonder what people will remember about us in the year 2120.